The presence of biogenic amines in wine 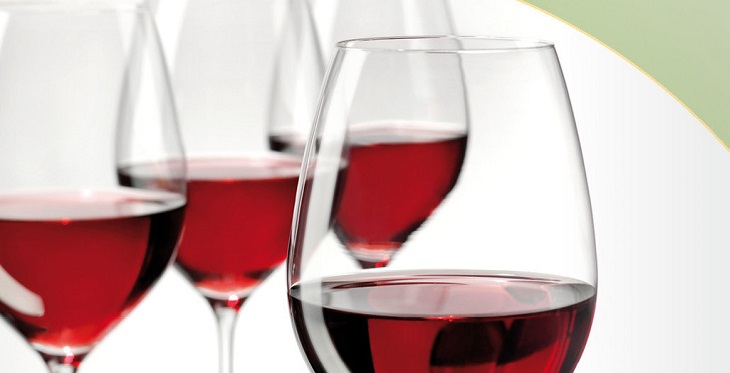 28 Oct The presence of biogenic amines in wine

Posted at 12:55h in Reviews by Jessie Vasquez 0 Comments
0 Likes

The presence of biogenic amines in fermented and cured foods is common. The physiological consequences can be counterproductive. The same occurs with organoleptic conditions, since an excess of these substances in foods with a high sensory profile, such as wine, can be altered.

We know about wine that is much more than watercolored with ethanol. We also know that the richer it is, the greater the volume of precursors it contains and, consequently, the greater the potential risk that it will present biogenic amines. Its presence, in addition to altering the organoleptic characteristics of wine and, by extension, of other products such as cured foods, can cause health problems.

Indeed, biogenic vasoactive amines induce physiological effects that can be moderately severe and manifest as an allergic condition: peripheral vasoconstriction, increased cardiac output, and respiration, increased blood glucose, and release of the neurotransmitter noradrenaline. Since biogenic amines that do not come from the diet, those generated in the body perform important functions in the nervous and vascular systems. Under normal conditions, the body has tools to eliminate them in case of accumulation, and when they have completed their specific function. And it does so through the enzyme monoamine oxidase (MAO) that acts in different systems of the body.

In general, their presence in amounts greater than the recommended limits is a concern, since these molecules, in particular histamine, have been shown to cause headaches and other allergic symptoms, such as diarrhea, palpitations, rashes, and vomiting. Also, there are experimental indications that some biogenic amines such as cadaverine, putrescine, spermine, and tyramine can enhance the toxic effect of histamine. Therefore, we are facing a food safety problem that must be considered in all its aspects. And for this, you have to go to the root of the problem, to the origin of biogenic amines in fermented and cured foods, to know where to act to prevent or treat their presence.

Today it is possible to know which and how many microorganisms are in wine quickly and reliably most red wines and some white wines undergo malolactic fermentation that catalyzes the conversion of malate to lactate. It is the biochemical degradation of one of the most abundant acids in wine by bacteria that transform it into lactic acid. This fermentation can occur spontaneously, but it is advisable to induce it, selecting the appropriate time and inoculum if you want to obtain a quality product.

In the case of amino acids (which appear in wine from must or pre-fermentation stages and in alcoholic fermentation), the bacterial action generates biogenic amines. The selection of the lactic strain is, therefore, an important criterion when it comes to preventing the formation of these amines. Others, such as the fermentation conditions or the winemaking processes, are also decisive.

However, to act against their training, it is useful to pay attention to a series of tips:

A well-informed consumer about possible fermentation problems in winemaking is capable of detecting organoleptic defects present in wine, associated with certain chemical compounds caused by uncontrolled malolactic fermentation, such as putrescine and cadaverine.

In fact, in comparative organoleptic tests between expert consumers and professional tasters, it has been shown that the descriptors used and freely chosen to define the defects found in wines are similar and concordant to those used by a professional taster, although with less acuity. sensory and with less frequency of detection.

Regular wine consumers, when they are subjected to a tasting discipline, concentrating on the perceived olfactory sensations, can discriminate and distinguish between correct wines and defective wines due to the presence of the added compounds, finding inappropriate aromas caused by microbial problems that they can increase the presence of volatile biogenic amines.

These organoleptic defects can be avoided by controlling the malolactic fermentation of the wine. This control can be carried out by inoculating a selected bacterium that avoids the presence of contaminants and maintaining adequate hygienic-sanitary conditions in the winery during the production and conservation of the wine.

Formation of amines in wines

The synthesis of biogenic amines involves the coincidence of three different factors: the existence of precursors (amino acids); the presence of lactic bacteria with the corresponding decarboxylase activity; and the concurrence of suitable environmental conditions.

The existence of amino acids is qualitatively and quantitatively linked to raw materials and winemaking technology. To begin with, it logically depends on the initial concentration in the must and is a function of the grape variety, the time of harvest, the ripeness of the grape, among other production factors. A second origin can be in the addition of nutrients in the form of amino acids or inorganic nitrogen used by yeasts for their production. The maceration of the must with skin and grape seed allows the transfer of more nitrogen compounds to the liquid fraction, both more the longer and more intense the maceration. This transfer increases at the time of pressing. The addition of pectinases and proteases also increases the concentration of amino acids.

When there is lysis of microorganisms, especially yeast, there is a release of proteins, peptides, and amino acids, both more important and intense is the lysis. Finally, aging on lees ends up rounding out the scenario of the situations that originate in the presence of free amino acids in the wine.

The second factor mentioned at the beginning is the presence of microorganisms with adequate decarboxylase activities. The biggest contributors are lactic acid bacteria but differently. Regarding histamine, Oenococcus ovni is the species with the highest percentage of strains that possess the hdc gene , encoding for histidine decarboxylase and catalyst for histamine synthesize (approximately 80% of strains). Fortunately, these strains tend to have low histidine decarboxylase activities and do not increase the amount of histamine in wine too much. They rarely produce more than 5 mg / L in wine.

In contrast, Pediococcus parvulus and Lactobacillus hilgardii (16 and 27% of histamine-producing strains, respectively) can produce between 40 and 50 mg / L in wine. Some lactobacilli, or even leuconostocs, can also produce intermediate amounts of histamine. About tyramine, we have a similar situation, except for no tyramine-producing O. UFO strains found. 78% of Lactobacillus brevis strains produce tyramine, and 25% of L. hilgardii. Furthermore, it has been seen that there is a correlation between the synthesis of tyramine and phenylethylamine, perhaps because the same enzyme catalyzes both activities.

As regards putrescine, this is the most abundant biogenic amine, but it has also been observed that there is a remarkable production by the vine, so that it can already be found in significant quantities in must. The microbial synthesis also occurs occasionally, but this is not as common.