The harms of alcohol consumption 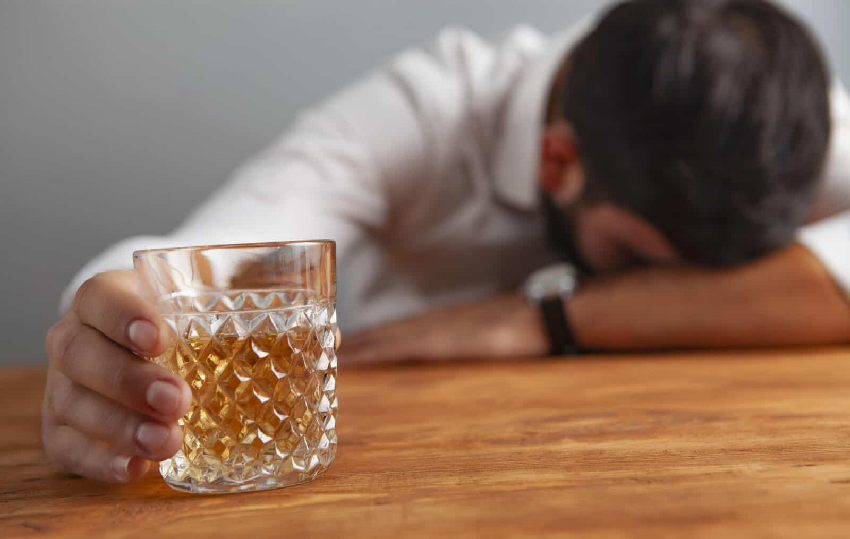 12 Aug The harms of alcohol consumption

Alcohol consumption is considered a drug due to its potentially addictive effect, and excessive and prolonged intake can be harmful to health.

It is produced through a natural process of fermentation of fruits and vegetables, or artificially (distillation).

According to the international classification of the World Health Organization (ICD 10), alcohol consumption is considered harmful when it causes mental or physical damage. It not only affects individuals but also affects the family, employment relationships, and society as a whole.

Uncontrolled alcohol use can lead to a condition called “alcohol use disorder,” which is defined as a chronic and relapsing neuropsychiatric disorder. This is characterized by compulsive use of alcohol and an inability to control their intake.

There are genetic and environmental conditions: the children of alcoholic parents – even being adopted by other families – have a risk, at least, 3 times higher than the general population of becoming alcoholics.

One of the most relevant characteristics of alcohol consumption is the tolerance effect, which means the need for more consumption to obtain the same effect. Another is dependency, which is the compelling need to consume.

Initially, alcohol consumption produces euphoria and disinhibition, which is perceived as a pleasant effect. Subsequently, at higher intakes, it produces depression in the central nervous system with loss of control, even reaching an ethyl coma. In this last condition, it can determine a loss of social restraint, situations of violence, or be the cause of driving accidents due to loss of reflexes.

What Is An Alcoholic Beverage And How To Measure Its Consumption? 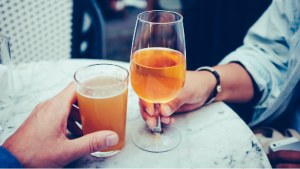 The amount in grams can be known by knowing the percentage of alcohol in the drink and the volume ingested. Alcohol consumption can be measured in the “standard beverage unit” (SDU, where one equals “one drink”), and corresponds to approximately 10-12 grams of alcohol.

What Is A Standard Beverage Unit

Excessive episodic or circumstantial consumption (binge drinking) can result in an acute risk and implies for adult drinks at least 4 drinks in women and 5 in men (around 50 to 60 grams) in a short period of time (2 hours). This typically brings the BAC (blood alcohol level) to levels close to 0.8 grams per liter.

Chronic and intense alcohol intake corresponds to episodic or circumstantial excessive consumption (or binge drinking) more than 5 times in the last month.

How Is It Metabolized?

Once ingested, alcohol is metabolized in the stomach by an enzyme called lactic alcohol dehydrogenase. This enzyme is variable in each person and is present in smaller quantities in women.

Approximately 20% of the ingested alcohol is absorbed in the stomach, and the rest passes quickly to the small intestine, from where it is carried by the bloodstream to the liver to undergo a second metabolism.

This organ has a limited enzymatic capacity, and the entry of large amounts of alcohol generates a harmful substance called acetaldehyde, responsible for toxicity.

The metabolized alcohol is distributed to the rest of the organs, mainly to the brain, where it initially produces inhibition and relaxation, an effect that is largely responsible for the addiction. By increasing the level of alcohol in the blood, a phase of depression of the central nervous system begins that can lead to coma and even death.

It can affect not only the liver and brain but also reaches the vast majority of organs. A small proportion of the alcohol is excreted in the urine and breath, which allows it to be detected through the breath.

What Damage Does It Cause?

There are effects related to excessive and long-term consumption of alcohol, including chronic diseases, such as liver cirrhosis, pancreatitis, heart disease, dementia, and cancers.

The damage caused by alcohol is silent. The development of the disease is broad, from fatty liver, alcoholic hepatitis, cirrhosis, and liver cancer. Almost 90% of patients with excessive alcohol consumption have at least fatty liver. Subsequently, inflammation occurs with the development of alcoholic hepatitis, followed by fibrosis and cirrhosis, a condition that is irreversible and has a poor prognosis.

Fatty liver is caused by the accumulation of lipids in liver cells and is reversible with abstinence. If the amount of alcohol consumption is very exaggerated, alcoholic hepatitis can occur, it is an acute inflammation of the liver that corresponds to serious disease with the risk of death.

Chronic Consumption For Years Produces Inflammation And Fibrosis Of The Liver That Constitutes Cirrhosis:

The liver loses its ability to perform its functions with the development of complications and, in advanced stages, this leads to death or transplantation. In Chile, 40% of the causes of cirrhosis correspond to excessive alcohol intake.

Alcohol is considered a carcinogen, and numerous studies have shown a direct relationship between alcohol consumption and the appearance of liver, larynx, breast, stomach, and colon cancer.

Alcohol is a teratogen, capable of causing damage to the fetus, and is one of the main causes of mental retardation, although consumption is continuous or occasional, even at low doses. There are numerous damages in the newborn, whose maximum expression is fetal alcohol syndrome.

Not only the liver is damaged by alcohol consumption. It can cause pancreatitis, heart disease, insomnia, dementia, erectile dysfunction, malnutrition, and changes in metabolism such as decreased blood glucose level (hypoglycemia), increased uric acid (hyperuricemia), and increased blood triglyceride level. At the muscular level, it can produce inflammation (myopathies), also epilepsy, and delirium.

You may like to read Alcohol. Short-term and long-term health effects