Best wines in the world 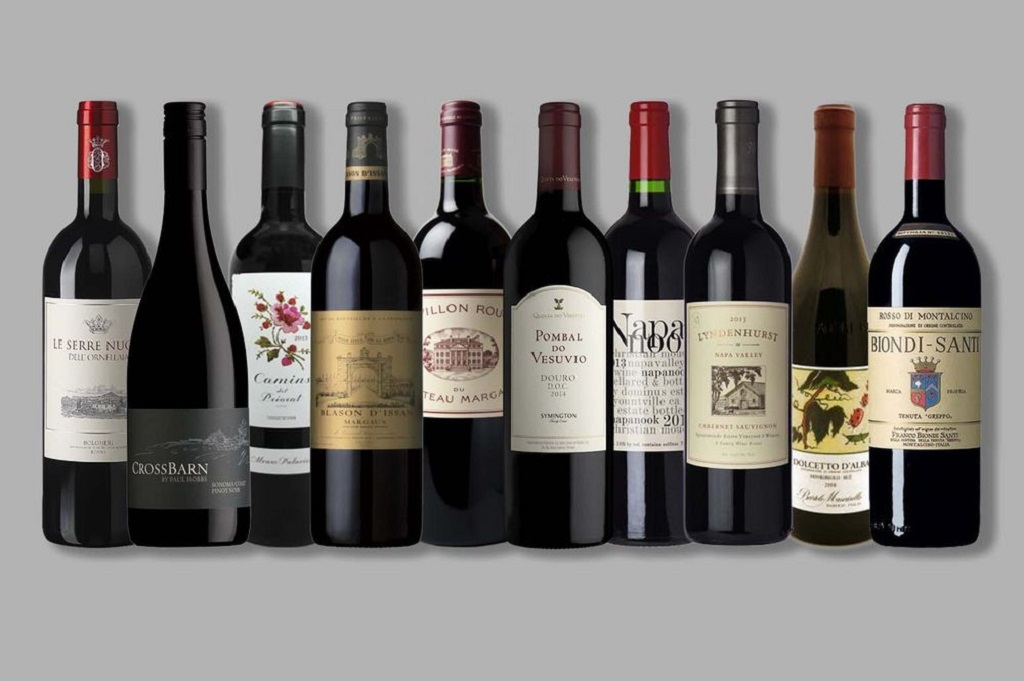 28 Feb Best wines in the world

Posted at 15:26h in Tips by Jessie Vasquez 0 Comments
0 Likes

It is very difficult to talk about which wine, or which wines, in the plural, are the best wines in the world. Whose mouth? In each country, there are more or less reputable wine guides that provide information about their evaluations of different vintages, varieties, brands, and denominations.

If you are looking for information about the best wines of antiquity (Egyptian and Roman times) we recommend our section dedicated to those wines.

There are journalists who even have an international projection, such as Robert Parker or Jancis Robinson, and whose comments and wine tastings are followed with great attention by a good number of amateurs, and a greater number of professionals in the sector (whether they are sommeliers or managers of wineries. and distribution in different links of the chain). A high score from one of these “gurus” can make the demand for a wine grow considerably, hence their opinion is sometimes so strong that they can even influence the design of the winemaking. Which is, therefore, the best wine? Difficult question, surely, impossible to answer as such.

The influence of price and fashion

However, we will not stop at this, and we will at least try to provide some keys to respond to the curiosity that so much arouses the idea of which are the best wines in the world… and because. It is clear that there are better wines than others. For this to be so, many factors must be combined: the terroir gives a special peculiarity to some wines, the age of the vine also, the viticulture work undoubtedly helps to have a healthier and higher quality fruit. The work of the winemaker is equally fundamental. Once the product is available to the public, it must go to the street with a price. Price should normally be a measure of the quality of a product: if producing better costs more, more expensively priced wine should be better. A lot can be argued about it, but there is no doubt that a wine with a very high price is, logically, a wine where the scarcity of demand and the high supply makes its price very high. High demand does not mean that the wine is magnificent, they can play items of prestige, fashion, etc., and not only of quality.

It is a bottle that fetched a crazy price of $ 160,000 at Christie’s in London in 1985. The wine was purchased for the Forbes collection. The bottle bears Thomas Jefferson’s initials etched into the glass. This is a Bordeaux wine, from the Medoc, Premier Cru classé in the classification that has governed the destinations of Bordeaux wine prices since it was established in 1855.

Jeroboam. A wine of supposedly enormous quality, highly sought after by investors and wine lovers, which reached the price of $ 114,614 at Christie’s in 1997. Similar to the previous case, a Premier Cru Classé.

Yquem is the most recognized and prestigious sweet wine brand in the world. The winery is located in the Sauternes area of ​​Bordeaux. This bottle, which also includes an engraving with Thomas Jefferson’s initials, reached It Sold at Christie’s in 1986 for a staggering $ 56,588.

Now it is the turn of sweet wine from the Massandra winery. Massandra is the name of a winery with enormous history. Located in Crimea (part of present-day Ukraine), it is a winery that bottled wine for the tsars, who would consume it while staying at their summer residence in the area (Sympheropol remains a top tourist destination for Ukrainians or Russians ) This winery stored elaboration wines in nearby wineries or imported wines. There is speculation about the bottles that may be under its walls. And its figure may be close to a million units. In local wines, they specialized in sweet, Jerez-style wines. With the dismantling of the former USSR, some of the wines stored there began to be auctioned. In 2001, a wine sold at Sotheby’s in London reached 43.

In fifth place on this list is a French wine that is not, however, from Bordeaux. The Bordeaux region differs from Burgundy in many ways. The first is the grapes: if Merlot, Cabernet Sauvignon, or Sauvignon Blanc are used in Bordeaux, in Burgundy the chosen grapes are pinot noir for reds and Chardonnay for whites. Secondly, the size of the vineyards, which are much smaller in Burgundy. The bottles are also different, and each area has given its name to a type of bottle. Romanée-Conti is possibly the highest-priced brand in Burgundy. In 1996 at Sotheby’s 8 bottles of this property reached the “symbolic” price of 224,900 dollars.

Although French wines are the ones that usually reach the highest, there are wines from other sources that also reach very high prices at auctions. This is the case with the 1994 California Screaming Eagle wine. Which was sold at Christie’s in Los Angeles in 2000 at a price of 3,833 per bottle. A bottle from this winery, a 1992 Cabernet, fetched $ 500,000 at a charity auction. We hope the pairing of this wine was not a burger with potatoes!

But these are just a few short wine anecdotes that are undoubtedly excellent. There is an enormous quantity of wines of equally enormous quality. Making a list of them is endless work. The history of wine is marked by many big brand names. We mention some of the biggest names for Bordeaux and Burgundy.